Discover the Teatro Real of Madrid

The Royal Theater of Madrid is considered the first institution of performing arts in Spain and represents one of the most important nowadays. It is, without a doubt, a privileged setting for all kinds of art shows and concerts, and has become a reference for the opera and culture of our country and also internationally.

In this article, you will provide you with some useful information about the Teatro Real of Madrid. But, for you to situate yourself in the context of this building, we are going to give you some hints about its history. Discovering it will make you enjoy more, if possible, everything that happens inside.

History of the Royal Theater of Madrid

King Felipe V inaugurated the Teatro Real of Los Caños del Peral in 1738. He did it with the opera Demetrio and in this location is where, later, what we know today as Teatro Real de Madrid will be born.

The architect Antonio López Aguado was in charge of the initial design, and Custodio Teodoro Moreno later replaced him. The works ended more than 30 years after they started. It was the year 1850, and during this time it had hosted the Congress of Deputies (1841). However, when the works were completed, it was established as one of the main theaters in Europe.

From 1868 it was renamed: Teatro Nacional de la Ópera (National Opera Theater). In 1925 there was a collapse that resulted in a temporary closure. Then began reconstruction works that stretched over 40 years in time; it did not open.

It opened in 1966 but, this time converted into an auditorium and headquarters of the Real Conservatorio Superior de Música y Escuela de Arte Dramático (Royal Conservatory of Music and School of Dramatic Art). Nevertheless, Madrid demanded an opera theater that would put the Spanish capital in the front ranks of European and world culture.

In 1991, new rehabilitation works began which, in this case, lasted almost seven years.

The reopening of the Teatro Real of Madrid arrived on the 11th of October in 1997, on this occasion as an opera house. Since then, his stage has been chosen to perform ten world premieres of opera.

The building of Teatro Real

As we have already mentioned, the successive works and reforms of the Real Teatro of Madrid supposed that this place was changing from its origins to the current building that was rehabilitated entirely in 1997.

It has 65,000 m2 of surface area and capacity for 1,750 people in its main room. Besides, it has one of the most innovative theater boxes within European theaters, with a technology that makes it possible to work several sets at the same time and that allows changing in record time through a system of overlapping platforms.

A part of the concert halls also has other spaces such as the halls that take us immediately to those environments of the opera of the nineteenth century and in which you can also see fantastic works of art.

The concerts at the Teatro Real of Madrid

But the real protagonist of the Teatro Real of Madrid is music. Mainly the opera, although its stage has hosted and hosts concerts of other genres.

The Teatro Real of Madrid, for this season 2018- 2019, has scheduled ten opera productions whose premiere, in most cases, will take place in this emblematic Madrid cultural location. There will also be four top dance companies and concerts of varied musical styles in this scenario.

The main concert hall of the Teatro Real of Madrid

The main concert hall of the Teatro Real can accommodate some 1,750 people, which can vary minimally depending on the orchestra pit. The prestige and recognition of this room come through its design, its decoration and its incredible acoustics.

Between the seats, you will find different options. The area of the patio, the auditorium or the amphitheater, among others, will allow you to choose different entrances with greater or lesser visibility.

The seats are distributed in six floors. During the performance of all the operas, subtitles are projected and their visibility can sometimes be reduced or even nil depending on the location of the seat.

Also, this visibility can be affected in the first rows of the stalls when the one represented is a ballet work, although everything depends on each production. So make sure you choose your seats accurately.

The Sala Gayarre of the Teatro Real

The Sala Gayarre, with capacity for 190 people and with full visibility, is located on the ninth floor of the Teatro Real of Madrid. It is used for chamber concerts and small format performances, conferences, recitals and minor operas, among other events. It does not have a pit, and the audience is quite close to the stage, so a very intimate and familiar atmosphere is achieved.

The Teatro Real of Madrid has other spaces and rooms where meetings, meetings or presentations can be held.

If you visit Madrid, we’re sure you’ll love this place. Reserve a hole in your agenda and enjoy the show in this treasure of the capital. 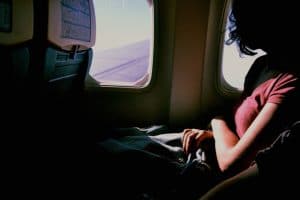 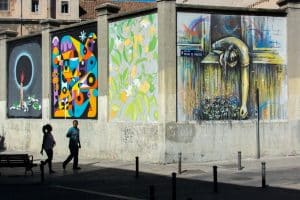 Where to see Street Art in Madrid 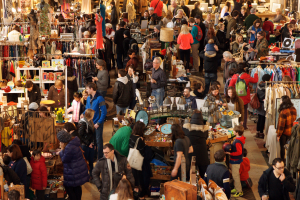 The Best Flea Markets in Madrid