Everything about El Retiro Park in Madrid

El Retiro Park in Madrid, a green lung in the city

Have you ever visited the capital of Spain? Have you been in El Retiro Park in Madrid? A green lung in one of the most luxurious areas of the city, this park originally received the name of Real Sitio del Buen Retiro (The Royal Spot of the Good Retreat). Created by Felipe IV in the XVII century, El Retiro Park in Madrid was the Spanish king recreation place, until it passed into the hands of the city council. Besides being a beautiful garden, it’s also part of Spain’s History, since the French used it as a fortress during the Independence War.

Declared a Historic-Artistic Garden in 1935, El Retiro Park is one of the most visited tourist spots in Madrid, not only for its natural spaces but also for the different monuments found within its walls. In El Retiro you will find palaces, statues, walks and beautiful buildings that have hosted from official events to international exhibitions. Our advice is to take a walk through park following this route of points to get the most out of your sight. Enjoy it!

Founded in 1874 as a dairy farm and milk trade office, the Casa de Vacas now houses all kinds of art exhibitions, concerts and even theatre plays. At the beginning of the 20th century, it was a well-known party hall in Madrid called Pavillón which, after a fire, was converted into a cultural center. If you want to visit this beautiful complex, you can do it from Monday to Sunday during their open hours, from 9 AM to 10 PM.

The Casita del Pescador is a small historical house, located in the northwest part of El Retiro Park in Madrid. It was in the beginning of the XIX century when this house was rebuilt by Fernando VII after the French invasion. The “Salón Persa” (Persian Hall) and the Casita del Pescador were restored and were renowned as “Los Caprichos” (The Caprices). The building was designed by Isidro González Velázquez so that the monarch and his friends could enjoy fishing days in a relaxed atmosphere.

The Estatua del Ángel Caído it’s a work designed in 1877 by the renowned Madrid sculptors Ricardo Bellver and Francisco Jareño. This impressive monument is located on top of a Chinese porcelain pedestal, which was destroyed after the Independence War. The statue, which represents the expulsion of the angel Lucifer to hell, is one of the most emblematic works of El Retiro Park in Madrid.

The Paseo de Argentina, better known among locals as Paseo de las Estatuas, was built by Fernando VII, who decided to immortalize all Spanish monarchs. As an anecdote, it must be said that some of the statues, made by the artists of the court, Felipe de Castro and Domenico Olivieri, never reached their original destination and were placed in such emblematic spots as Puerta de Toledo, El Retiro or Plaza de Oriente.

La Rosaleda is an elliptical space, delimited by cypresses and with 4 entrances. Inspired by the great European capitals, the mayor of Madrid Carlos Prat commissioned Cecilio Rodríguez to build it. The model to follow was the Gardens of Bologna in the city of Paris, an inspiration that came to Cecilio Rodríguez on a trip to the French city from which he returned with 12,000 roses of more than 350 different species.

The largest monument you’ll see in El Retiro Park in Madrid is this hemicycle located on the east side of the lake. This majestic work was commissioned in 1875 by María Cristina, widow of Alfonso XII, as a tribute to her late husband. The monument of Alfonso XII riding a horse represents peace, freedom and progress. But it also has, in its internal face, symbols of the Army of Montserrat and the science, art and industry.

The Nobel Prize winner Jacinto Benavente has his tribute right in front of the flowerbed with this monument built in 1962 by Victorio Macho. We can emphasize that its creation was made thanks to the proposal of other authors such as Luca de Tena and that was financed, among other ways, through the campaigns of the well-known Spanish newspapers, ABC and La Vanguardia. The monument represents a woman who holds a theater mask and, at the base, the face of Jacinto Benavente, one of the most important authors of Spanish literature.

Founded by Carlos III in 1790 with the intention of dominating the Spanish maritime space, the Real Observatorio de Madrid was born. Designed by Juan de Villanueva and located next to El Retiro Park, the emblematic building was destroyed in the Independence War against France. It was rebuilt, and today we can enjoy an incredible library and instruments such as the collection of precision watches and a bronze mirror made by W. Herschel. You can visit the observatory and its three rooms from Friday to Sunday for just 5 euros.

The Palacio de Cristal is an old building from 1887 that currently houses contemporary art exhibitions, highlighting its spectacular glass ceiling in the form of a vault. Built with metals and glass, it is located next to an artificial lake. Also, in its interior have taken place some of the most important chapters in the history of Spain, such as the president Azaña designation.

The Big Pond is an old possession of the Spanish Crown and since 1868 is managed by the city of Madrid. Its pier is one of the most characteristic features, allowing the organization of rowing competitions and canoeing. And if this were not enough, on both sides of the lake we find the monument to Alfonso XII and the Egyptian Fountain, another of the tourist attractions of the lake.

Founded in 1833 next to the Palacio de Cristal, we find the Palacio de Velázquez, created with the support of Sofía, the former queen of Spain. Its metal structure, together with its vaults, glazed ceilings and natural lighting make it a beautiful building to enjoy art. Inspired by the Crystal Palace in London, it hosts monographic art exhibitions of different artists from 1900. You can enjoy its beautiful interior as, luckily for art lovers, its entrance is free and opens from 10 AM to 10 PM.

Image source: Views of the park from the air 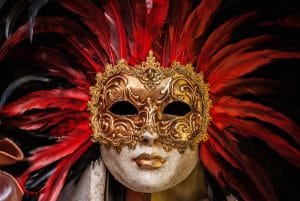 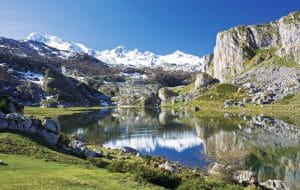 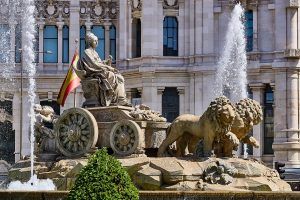 Travel itinerary for 2 days in Madrid: things to do and visit