10 Marvelous Castles in Spain you should visit this year

Spain has been, from its origins, a territory of mixed cultures. From the Roman Empire, Hispania Visigoth, the Arab invasion or the kingdoms of Castile and Aragon, among many others. The history of Spain is full of war conflicts, invasions and struggles between different kingdoms and powerful lords that have endowed the Spanish territory with a great cultural richness. Within this heritage, we highlight the multitude of castles in Spain that, even today, can be visited. Some of these castles were built as fortresses, others were residential palaces, but all of them are part of a historical legacy and of incredible beauty.

Today we bring you the details and location of some marvelous castles in Spain that will leave you speechless. All of them allow access to visits and will help you to know first hand a piece of this country’s history.

The 10 most beautiful castles in Spain

Where is it? Av. El Castillo, Ponferrada, León, Spain

The Castle of Ponferrada is located in the town with the same name, in the beautiful region of El Bierzo. In its origins, this building had been a Celtic fort and, after, a Roman citadel. Years later, the Templars expanded and improved the fortification to defend the area against possible attacks. The Castle of Ponferrada that we know today is the result of several extensions and reforms, and you can still see different architectural styles in it.
The Castle of Ponferrada is part of the last stage of the Camino de Santiago, especially if you decide to do the northern route, also known as “The French Route”. If you visit Galicia, you shouldn’t miss this fantastic castle; the architecture, the towers and the halls will make the trek worthwhile.

2. The Alcazaba of Málaga

Although there are many historical places in Spain in an outstanding state of conservation, the Alcazaba of Málaga is one of the best-preserved citadels in the whole country. Its enormous dimensions allow it to be seen from miles away, especially because it is located on the top of the mountain. Among its peculiarities, we would highlight its courtyard and its small and well-kept Roman theater. In the visit to the Alcazaba of Málaga you can also visit the Torre del Cristo, the Quarters of Granada or its courtyards full of typical architecture of the time and its gardens with orange trees.

The Coca Castle is definitely one of the most beautiful castles in Spain. It dates from the 15th century and is in the province of Segovia, north of Madrid. At a time when the Muslim presence in Spain was diluted, this Castle emerged as a symbol of the reconquest and the Christian lords. Built with the idea of exposing the Catholic power to the world, its dazzling architecture is one of the most striking aspects. We want to highlight especially its brick construction, the advanced security systems and a 30 meters deep pit that you do not want to fall in by accident.

Catalonia is a region where the weight of the nobility has been always important. It has many well-known castles, and the Cardona Castle is perhaps one of the most important in the territory. Located at the top of the mountain, the castle’s construction began in the year 886 thanks to the Duques de Cardona, an important noble family of the Kingdom of Aragon, which at that time dominated the land that today is the region of Catalonia. The most prominent areas of the castle are its Church and its porches, in addition to the interior of the Castle that is remarkably well preserved.

The Peñíscola Castle and Palace is located in the north of the city of Castellón, Comunidad Valenciana. It is one of the most popular castles in Spain for its location and history. It was built by the Templars between 1294 and 1307 on the remains of an old Arab citadel. The visit to this impressive monument is the perfect plan since it allows you to combine history and culture with a walk through the nearby Mediterranean beaches. Although it has been remodeled several times, the appearance of the Castle has hardly changed over the years. His last “inhabitant” was Pope Benedict XVIII, who died in 1423.

Also known as the Castle of Olite, the Royal Palace of Olite in Navarra is considered one of the most luxurious castles in Europe and one of the 7 medieval wonders of Spain.
At the beginning of the 12th century, this sumptuous castle, built on an old Roman fortress, originally belonged to Carlos III of Navarra, nicknamed “El Noble”.
The Kingdom of Navarre resisted the Muslim conquest and was not invaded, so its architectural style has no Arab influences, unlike many of the castles in Spain on this list.
Its peculiarities go beyond its architecture and its majesty, since it contains, among other things, a zoo, something unusual at the time, and also beautiful tropical gardens hanging from its walls with mobile awnings to protect them in winter (something impressive for that time).

Located in Jaén, El Castillo de Burgalimar offers its visitors the chance to visit the second oldest castle in the old continent.
This castle is an Umayyad fortress, an authentic treasure of the Muslim legacy in Spain. With an Arab architectural style, it was built in 968 by order of the Caliph Al-Hakam, it has 14 towers and keeps its well-known oval walls intact. It is one of the best-preserved castles in Spain of all al-Ándalus since has undergone few transformations in the Christian era.

8. The Alhambra of Granada

Declared World Heritage by UNESCO, it is one of the most important architectural pieces in the whole country. Its Arabic style, its location at the top of the city of Granada, its sunsets and its spectacular facade and interior, make this jewel of Al-Andalus built in the thirteenth century one of the most important historical remains of the Arabic period in Spain.
If you want to visit the Alhambra of Granada, you must book your ticket at least 2 or 3 months in advance. It is worth it!

The Castle of Loarre, located in Huesca, is a Romanesque castle built in the 11th century.
This magnificent castle contains spectacular architectural elements such as the towers, from which you can get a fantastic view of the town with the same name.
For maintenance issues, it has been remodeled on several occasions but always maintaining that aspect and the magical interior that all historians and visitors attribute to it.
This castle has been considered the Romanesque fortress in the best state of conservation in Europe.

The Alcázar of Segovia, also called Castillo de Segovia or Alcaçar, was built as a fortress and played an important role in different war conflicts. In the Middle Ages it was used as a royal palace, since it became one of the favorite places of the kings of Castile, especially Alfonso X. Time passed and during the reigns of Felipe IV and Carlos II, the Alcázar would be used as a state prison.
Today the Alcázar of Segovia occupies a prominent position in the history of Spain.
Legend has it that Walt Disney was inspired by this castle to tell the story of Cinderella.
If you visit the fantastic castle, do not forget to visit its many halls, the Tower of Juan and the beautiful interior gardens. The visit will not disappoint you. 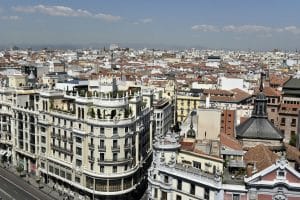 Rooftop bars to not miss in Madrid 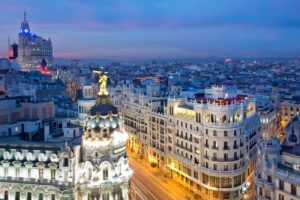 3 Fantastic Design Hotels in Madrid for your Next Trip 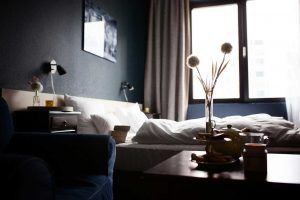 The best hotels near the Santiago Bernabéu Stadium