Plaza de la Villa in Madrid, the Historic Center of the Spanish Capital

The Plaza de la Villa in Madrid is located in the historic center of the city, very close to the Royal Palace, the Puerta del Sol and the Plaza Mayor. It’s a place with a lot of tradition and beauty, and you can see one of the best preserved monumental groups in the capital of Spain.

We are going to take a nice walk through its history and we will tell you what you can see in this charming square in Madrid.

This square became one of the most important places in Madrid during medieval times. From Plaza de la Villa, there are three streets that formed the original layout of the capital: Codo Street (which we also recommend you visit), Cordón Street and Madrid Street, which is located under an elevated passage that runs between the Casa de la Villa and the Casa de Cisneros (we will speak about them soon).

In the Middle Ages, this place was called Plaza del Salvador, since the parish of San Salvador was located at the corner of Calle Mayor and Calle Señores de Luzón. This parish was demolished in 1842.

It was in the fifteenth century when the square was renamed Plaza de la Villa; coincided in time with the decoration of Madrid as Noble and Leal Villa, a title that was delivered by King Enrique IV of Castile (1425-1474).

What to see in the Plaza de la Villa in Madrid

Now we enter the square, where you can quietly walk as it is a pedestrian square, and we will stop in front of the buildings you will find in it; some of them are considered the most important and oldest in the history of Madrid: they date from the sixteenth, sixteenth and seventeenth centuries.

The center of the Plaza de la Villa is presided over by the monument to Álvaro de Bazán, a 16th-century Spanish soldier appointed by Felipe II General Captain of the Galeras of Spain and who first used marines to carry out amphibious operations.

In 1888, to celebrate the third centenary of his death, the Madrid City Council decided to build a monument. Queen Regent Maria Cristina of Habsburg inaugurated this sculpture on December 19, 1891. It is the work of Mariano Benlliure.

Before placing this sculpture, there was a fountain, which was replaced by a statue of Charles V and, finally, by this bronze Admiral Alvaro de Bazán that is currently located on a small garden with flowers that adds a colorful touch to the place.

The Casa y Torre de los Lujanes (House and Tower of the Lujanes) is the oldest building in this square and also boasts the honor of being the oldest civil building in all of Madrid. It dates from the 15th century, it is of Gothic-Mudejar style, it was the residence of the Luján family and now it is the headquarters of the Academy of Moral and Political Sciences.

Legend has it that King Francis I of France was locked in this tower and made a prisoner during the Battle of Pavia in 1525.

This sixteenth-century palace was built by Benito Jiménez de Cisneros, nephew of Cardinal Cisneros. It is of Renaissance style and has plateresque decoration.

The City Council of Madrid bought it from the heirs of the house of Oñate at the beginning of the 20th century to be able to locate some of its municipal dependencies here. As we were beginning to warm you up, it is connected to an elevated passageway with Casa de la Villa.

The Casa de la Villa dates from the 17th century. It was commissioned by King Felipe IV in 1629 to be able to celebrate the meetings of the Council. The architect Gómez de Mora took care of his design; the works began in 1645 and the building was finished in 1693. On the north facade, you will see a gallery of columns, work of Juan de Villanueva, dating from the late eighteenth century.

It is in the Baroque style and was the seat of the Madrid City Council until it was moved to the Palacio de Cibeles in 2007. Inside, the Plenary Hall, the Goya Hall, the Palomino Chapel and the Patio de Cristales stand out, among other spaces.

On the other hand, the original figure of the statue of the Mariblanca is also kept inside, whose replica is exposed in the Puerta del Sol.

And so far our tour of one of the most beautiful and oldest squares in Madrid. If you are walking through the Madrid of Los Austrias, considered one of the essential neighborhoods in your visit to the capital, the Plaza de la Villa de Madrid will be a mandatory stop.

Featured image: Complet image of the square, with the Casa de Cisneros in the background 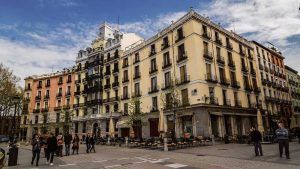 7 unique things to do in Madrid like a local 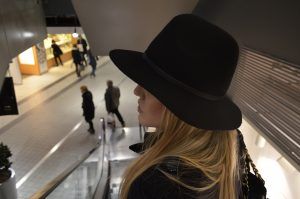 The best places for shopping in Madrid 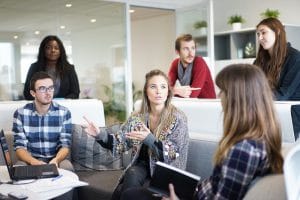 The best co-working spaces in Madrid