10 extraordinary natural landscapes in Spain you will love

The islands have always had a fascinating and mysterious vibe. These are small universes isolated from what we know as mainland, and that’s why they’ve always developed their own history and nature.

In Spain, there are islands with unique animal species and others with unrepeatable geological compositions, sometimes even produced by their volcanic origins. The islands have also played a fundamental role in the history of this country as important commercial or military enclaves.

The Canary Islands like Tenerife or Lanzarote, and the Balearic Islands like Mallorca or Ibiza, are the most popular islands in Spain, well known for Spanish citizens, but also for travelers around the world. However, there are many other less known islands in Spain, in and out these 2 well-known group of islands, all of them with unique and particular characteristics, where you can find autochthonous species, impressive maritime landscapes and exceptional monuments.

Today we bring you a list of the 10 best islands worth visiting in Spain. Keep reading. This article has a lot to offer!

Ons Island is located in Las Rías Baixas, a singular coastal area that goes from La Coruña to Vigo, in Galicia. It is the main island of the archipelago known as Las Ons and is one of the most populated thanks to the numerous fountains and springs. To visit the island, you can buy a boat ticket that will take you there from the ports of Bueu, Sanxenxo, Portonovo and Vigo. The island has beautiful fine sandy beaches, hiking trails and a few restaurants where you can taste its delicious octopus. There’s also a small camping place to enjoy nights there, but you need to reserve your place with a lot of time since is exclusive in this beautiful natural reserve. Ons is a virgin and small paradise that can be covered on foot. One of the trails will take you to the Buraco do Inferno, a marine cave that was considered, due to some legends, the entrance to hell. There you can hear the sound of the ocean, some stories tell that the sounds are the cries of the souls that have been punished. It is really impressive.

The island of Tabarca is located close to Santa Pola town, Alicante, and it’s the only inhabited island of this region. The island was an old refuge for Berber pirates, a group of Muslim corsairs who operated mainly in the Mediterranean Sea from the ports of North Africa. In the 18th century, King Carlos III expelled the pirates and built a fortification on the island that can still be visited today. The trip to the island starts from the Alicante, Santa Pola or Benidorm harbors. If you visit the island, do not forget to go to one of its restaurants to try the Tabarquino cauldron, a rice with seafood that’s very typical in the island.

Sálvora Island is one of the least known of all those found in the Ría de Arosa, but it is no less interesting. The island is part of Galicia’s Maritime-Terrestrial National Park of the Atlantic Islands, thanks to its spectacular flora and fauna. To access to the island you should go by boat from the port of Aguiño, on a route where you can visit the old village, see its impressive lighthouse and learn more about mussel farming and other types of traditional fishing.

La Gomera is one of the most important tourist spots in Las Canarias thanks to a large number of monuments to admire and various activities to do. You can visit some of its many churches and hermitages, archaeological museums or impressive natural harbors. It is the ideal option for traveling with children given that on the island there are all kinds of routes through its natural parks, ecological gardens and lush forests. But if there is an activity that we recommend, it is to do the whale and dolphin watching routes; the best way to meet these intelligent animals respecting the biodiversity of the area.

The Cíes is an archipelago of islands located in the province of Pontevedra and these are one of the main tourist attractions throughout Galicia. On the islands, you can enjoy its wonderful beaches, visit one of the many hiking trails and get acquainted with its nature, especially with the Cormorán Moñudo, a typical species of bird of the archipelago. There are several options for accessing The Cíes by boat, but if you want to stay there for some days, you will need to check the camping site availability.

King’s Island is located in the well-known Menorca (Balearic Islands) more specifically in front of the port of Mahón, the harbor where we will leave to access to this small beautiful secret island. King’s Island is a protected natural space where we find buildings of the eighteenth century, a Paleo-Christian basilica of the sixth century and an impressive military hospital that can be visited. Legend has it that the island was taken by King Alfonso II of Catalonia and II of Aragon, and that’s where its current name comes from.

Another secret island in Spain is La Graciosa. This small beautiful island is part of the Chinijo archipelago, belonging to Lanzarote, in the Canary Islands. La Graciosa is considered by visitors an earthly paradise for its beaches with crystal clear waters, its volcanic landscapes and the few populations that exist, creating a feeling of virgin beauty, to the point that there are virtually zero asphalted roads. The island has two unique populations: Pedro Barba and Caleta de Sebo. The island can only be accessed by ferry from the port of Órzola, in Lanzarote, although the island also has a heliport.

This island has gained great fame since it was the scene of the 7th season of the TV show “Game of Thrones” thanks to the spectacular stone staircase that connects it to the continent. Located in the North of Sapin, the island is surrounded by natural beaches, impressive cliffs where the waves break with force and a hermitage of the tenth century that crowns the mountain. The island can be accessed by walking its bridge from the town of Bakio, which also has several parking where we can park the car for free. There are also sea routes that leave from the port of Bermeo and that will allow us to appreciate this impressive island from all angles. A truly spectacular visit.

El Hierro Island is one of the secret paradises in the Canary Islands. It stands out not only for its biodiversity and its beauty but for being an island completely self-sufficient thanks to renewable energies. In El Hierro, you can go scuba diving, hiking trails where you can see why it is one of the main biosphere reserves of the Canary Islands. And all this without mentioning the impressive giant lizard, a native species of the island that you can know if you make any of these routes.

The Island of Benidorm is located in front of the city with the same name and has served throughout history as a refuge for civilians and as a base for pirates. Nowadays, its main attraction is the sea routes that are made from the port of Benidorm and that allow you to know its marine diversity, its natural landscapes and a delicious assortment of seafood in the restaurant of the island. The island also offers diving activities and various hiking circuits by its ground.

Surprised by these gifts of nature? Do not hesitate to visit these secret islands in Spain, reality exceeds our story. They will not disappoint you. 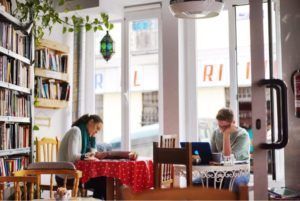 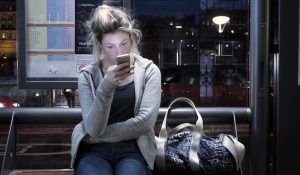 10 travel apps for Madrid you need this summer 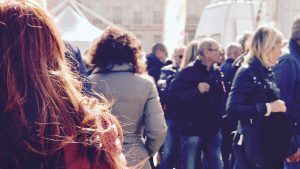 10 Free things to do in Madrid as a group