Christmas and New Years in Madrid

Christmas and New Years in Madrid

There are places in the world where the Christmas doesn’t feel like Christmas. California, for example, where is sunny during the whole year. You plant your Christmas tree side by side with the palm trees. You go house by house singing carols wearing a shirt and flip-flops. And Santa Claus won’t bring you presents because there is no chimney in your home. What we are trying to say is that there are cities where Christmas feels like Christmas. Madrid is one of those cities.

There are a lot of events planned for the holidays, and everybody celebrates it their way: the town hall, shopping malls, stores, companies, etc. They display Christmas decorations, offer bargains, and Christmas deals, and you hear carols everywhere you go. People become kinder and change the regular “Good Bye” by a more festive greeting: “Feliz Navidad” (Merry Christmas). These are some of the reasons spending Christmas in Madrid is such a great idea.

And then there is the Madrid New Year’s Eve, famous in the whole country because it’s the one that is broadcasted on TV during that night. People gather in Sol Square to eat the lucky grapes with the strokes of the midnight, wishing that the new year brings them joy. After that, they go partying. Madrid is famous for their fun and various pubs, bars, and clubs, and you can find the music and atmosphere that better suits your taste.

Still not convinced? Well, let us tell you the reasons why you should spend Christmas in Madrid:

In Madrid, Christmas is lived on the streets

In Spain, as in most of the Latin countries in the world, life is lived on the streets. People spend time with their friends and family on the road, walking around, having fun or just hanging out. It doesn’t matter if it’s cold; the real Madrid people only take an extra jacket and then go out. Christmas time is not an exception and, as we said before, a lot is going on in Madrid during the holidays.

The cold will remain you all the time that is winter and, therefore, Christmas. It doesn’t matter what people think: Cold is right for you, especially during Christmas. Why, because it’s what makes you appreciate the summer. So, you better get your jacket, gloves, scarf, hat, boots and get ready for the fun of the freezing dry cold of the capital of Spain.

Lots and lots of Christmas dinners

Sorteo de Navidad. Then Christmas lottery is for you

Christmas lottery is the most popular form of gambling in Spain. During this season there is two primary lottery draws The “Sorteo Extraordinario de Navidad” (22nd of December) and the “Sorteo del Niño” (6th of January). Every person in Spain spends 71 euros in the lottery, as an average, and more than 3.000 million are distributed every year among the winners, which makes it the most popular lottery in the country. If you want to try your luck, we recommend you go to the lottery vendors in Sol square, the most typical place in Madrid too, hopefully, buy the winning ticket.

Sol Square (Plaza del Sol) is the geographical center of the country, and that’s where, year after year, the New Year’s Eve celebration gets broadcasted. Every TV Channel has their spot in the square, usually in a balcony in front of the clock, to eat the lucky grapes and wish the audience a happy new year. The people gather in the square to drink champagne and greet each other, hoping for good luck. It´s very popular and an excellent experience for the visitors, especially if you are going to a party in the center of the city (it´s very close!)

Madrid has a lot of choices for New Year´s Eve parties: clubs, pubs, bars, hotels and even public buildings. There are famous parties in clubs like Joy Eslava, Pachá or Gabbana, with a high class ambient and exclusive features like the open bar and “Cotillón”, a bag with all the party elements you might need for a good time, such as hats, tinsels or what are popularly known as “Matasuegras”, which in Spanish literally translates as “mother-in-law slayers”, a very curious name for party horns. The hotel parties are also popular, and they usually add dinner to the final price. When the party is over is the perfect time to go get “chocolate con churros” (fried dough with sugar), another great Madrid tradition for New Year´s Eve.

In Spain, children ask for their gifts to the Three Wise Men, Melchor, Gaspar and Baltasar, who brought presents to Jesus during Nativity. The Madrid Town Hall organizes a cavalcade every year, where the Three Wise Men parade, giving away candy. The ceremony is a celebration for the whole family, especially for kids. 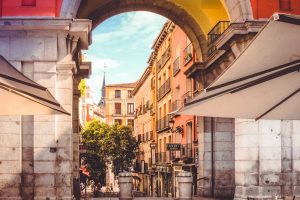 Top things to do in Madrid for Families & Kids 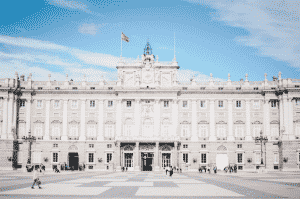 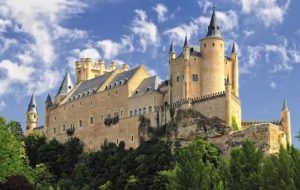 10 Marvelous Castles in Spain you should visit this year